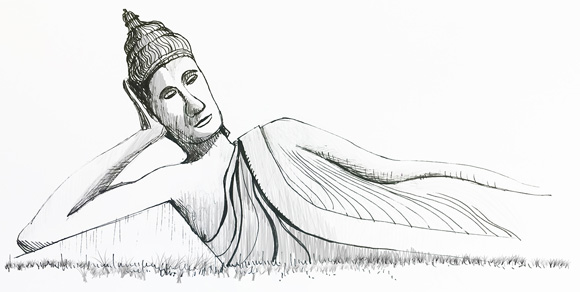 Lao People’s Democratic Republic (short “Lao PDR”) is a developing country and one of the fastest growing economies in the Asia and Pacific region, It is characterised by an industry and agriculture-oriented economy. The contribution of agriculture to GDP declines as everywhere else (27% as per 2015), but over 70% of employment are linked to the sector. The country’s natural resources include water, minerals and forests and the main agricultural products are rice along with corn, soybeans, cotton, tobacco, sugar cane and coffee. The gross domestic product (GDP) of the country has been growing at an average annual rate of 7-8% since 2005. Lao PDR’s growth path was hardly affected by the recent financial crises (World Bank, 2016). Lao PDR remains one of the least developed countries among the ASEAN economies because of several factors (including poor infrastructure, economic and social differentiation, lack of highly skilled labour, etc). The country’s economy has recently benefited from foreign direct investment (FDI) in its hydropower dams. Laos PDR’s economy still heavily depends on capital-intensive resource exports. However, certain aspects of the country’s development path have been highlighted as good practices including in social development: most notably the transition from subsistence to commercial smallholder farming, especially in rice.

As said, Lao PDR’s economy is still characterised by agriculture and industry to a larger extent than, for instance, in the case of its economically most relevant neighbour Thailand. Service sector contribution to GDP has grown in Lao PDR as it has around the globe. With 41% (2015) it stands at a level comparable to Cambodia, but is much less than in Thailand (52%). Agriculture contributes 27% to GDP, industry 31%. In 2010, employment in agriculture was reported at 71% of total employment. 8.3% of employment was in industry, 20.2% in services. Lao PDR’s labor force was about 3.4 million people in 2014 (World Bank, 2016). According to latest available data (ILO projections), the unemployment rate is pretty low in recent years: 1.4% (ILO 2016; World Bank, 2016). Over the last years, the inflation rate (consumer prices) was between 4 and 8%, with a more stable year 2015 where it was at 1.3%. According to the Corruption Perceptions Index 2015, Lao PDR occupies the 139th position out of 167 countries. According to the Doing Business Index 2015, the country takes the 134th place out of 189th. These indicators point to aspects that still stifle economic and especially innovation development in Lao PDR.

Lao PDR still lacks comprehensive and effective science, technology and innovation (STI) policies. However, there are a number of bodies, which facilitate and conduct research and development activities: Among them, the public sector institutions play a pivotal role: ministries, public research institutes and national universities.

Lao PDR was not indexed in the Global Competitiveness Ranking before 2013. Between 2013 and 2015, Lao PDR was indexed between rank 81 and 93. Overall, the country relatively improved its indicators in macroeconomic environment (from 93rd to 70th position) and financial market development (from 91st to 74th), whereas the indicators in goods market efficiency (from 54th to 76th) and in innovation and sophistication (from 74th in 2013 to 103th in 2015) deteriorated.

Structure of the Resesarch System

Science and technology policies and plans in Lao PDR are led by the Ministry of Science and Technology. The ministry has a major role in S&T-related policy-making and implementation and also oversees three public research institutes. Additional institutions in the research system are the Ministry of Agriculture and Forestry and the Ministry of Health overseeing the National Agriculture and Forestry Research Institute and the Pasteur Institute of Lao PDR, respectively. The National Agriculture and Forestry Research Institute (NAFRI) was established in 1999. It includes 11 research centres with 350 members in total. Generally, the main functions of the institute are to promote bio-diversity, to improve the agricultural productivity, to response to climate change and to inform provision to farmers. The Pasteur Institute of Lao PDR under the Ministry of Health was founded in 2007. The general objectives of this institute are to implement research activities, to promote public hygiene and to develop human resources.

Apart from these institutions and the Ministry of Science and Technology’s centres, research is also carried out at the National University of Laos, established in 1996. The university has almost 30 thousand students, studying in diverse faculties with the largest ones in engineering and in economics. The research performance of the university currently is still low, but it is planned to create new university-affiliated research institutes by 2020. The universities in Lao PDR are overseen by the Ministry of Education and Sports.

The Ministry of Science and Technology is one of the main actors within the S&T governance structure in Lao PDR,. The ministry consists of seven departments (including science, technology/innovation, intellectual property, standardisation, IT, human resources, inspection and planning) and has three institutes: the Institute of Ecology and Biological Technology, the Institute of Renewable Energy and New materials and the Institute of Computer Science and Electronics. It hosts two offices and 18 science and technology bureaus at the provincial level. Overall, the ministry has more than 500 members. The ministry particularly focuses on three thematic areas: biotechnology and ecology, renewable energy and materials, and ICT. The main mission of the ministry is to apply scientific knowledge in order to reduce poverty and to overcome the status as “least developed country” by 2020. In order to implement this mission, five goals have been identified:

Figure 2. Organisational Structure of Ministry of Science and Technology in Lao PDR

Concerning S&T indicators in Lao PDR, hardly any reliable data is available. The information in the tables below provides the most up-to-date figures about population, GDP, foreign direct investments, number of publications and number of patent applications with domestic inventors. As shown, the GDP increased considerably over the period of the last five years with an average annual growth of 7.8% (relatively high even compared to the other ASEAN countries, most of which grow at an average annual rate of 4-5% of GDP). The last available data for gross expenditures on R&D (GERD) in Lao PDR dates back to 2002 with about US$ 2.7 million (or 0.04% of GDP). The latest available number of researchers also dates back to 2002 - 209 people were employed as researchers at that time. The number of researchers per one million of the population was 16, which is about the same level as Cambodia and Myanmar in 2002.

By other significant indicators, Lao PDR does not reveal high positions among ASEAN countries. By number of publications, Lao PDR has 1,670 citable documents (Scimago indexed 1996-2015). There is no significant patenting activity involving Lao-based inventors.