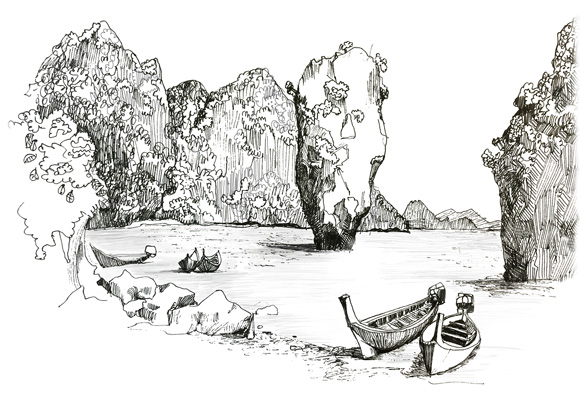 Thailand is a middle-income country and the second largest economy in Southeast Asia after Indonesia. Thailand’s economic growth has been strong for the past decades, with annual growth rates at around 10% in the 1980’s and 1990’s and at around 5 % after the Asian financial crisis in the late 1990’s. Since 2010, the annual GDP growth rate fluctuates between 0.8% and 7.5% with the average of 3.6% (World Bank, July 20156). The economic growth has been driven by foreign direct investments, fast growing exports (88% of exports are manufacturing products) and sizeable changes in the structure of the economy (OECD 2013). Nevertheless, agriculture still employs around 30% of Thailand’s labour force (Thailand Labour Force Survey, 1st quarter of 2016). The outlook for the next year shows that no substantial changes in GDP growth can be expected for the next year (Asian Development Outlook 2016).

Although Thailand has a long tradition of public sector engagement in R&D endeavour, starting already in the 1960’s in areas like agricultural research (OECD 2013), one feature has been missing in Thailand’s development path: the decades of inward foreign direct investment and growth of manufacturing and industry have not been accompanied by a sustained increase in public spending on research and development. Thailand has a relatively low level of R&D spending and workforce. Public spending is increasing, but only moderately.

Despite moderate growth in absolute numbers, in terms of the share of GDP Thailand’s research expenditure has been more or less constant between 2002 and 2010. In 2001, the R&D expenditure was at 0.26% of the GDP, in 2008 at 0.21%, in 2009 at 0.24% (National Survey on R&D expenditure and personnel Thailand) and in 2011 at 0.37% (Thailand’s Research and Development Index 2013). The traditionally strong engagement of the public sector in financing R&D (contributing around 60% of GERD) was not the main driver behind this growth: In recent years the private/business sector increased the spending to a higher degree and now shares the largest proportion of GERD (around 51% - see: STI (2015): Thailand Science, Technology and Innovation Profile 2014, STI: Bangkok). According to National Research Council statistics, R&D expenditures from government sources accounted for 38% of the total R&D expenditure (Thailand’s Research and Development Index 2013). Nevertheless, the majority of R&D personnel is employed in the public and higher education sector (80%; UNCTAD 2015).  Although in recent years the spending on R&D has seen an increase and government had placed efforts to facilitate business activities, the goal of the National Economic and Social Development Plan (2012-2016) of increasing GERD to 1% of GDP, with 70% of the funds coming from the private sector, has not been met.

The challenges in meeting the proclaimed goal of 1% are not least due to a fluctuation in the political leadership and lack of long-term budgetary planning and R&D spending. Nevertheless, even with the rather low and somewhat volatile levels of GERD/GDP, Thailand has managed to build an innovation infrastructure with a series of excellent and well-equipped research centres in a variety of fields (especially: agriculture, engineering, life sciences, electronics and ICT).

By means of some of the innovation indicators, Thailand is Southeast Asia’s third most successful country. The World Economic Forum’s 2015-2016 Competitiveness Ranking sees Thailand ranking 32nd. Thailand’s ranking improved over the last few years (38th in 2012-2013). Conversely, Thailand’s ranked better in the 2011 Global Innovation Index (48th) than in the 2015 one (55th). According to the Global Entrepreneurship Monitor, Thailand is a world leader in terms of the share of its population that owns a business. Its early-stage entrepreneurial activity index is also strong.

The Thai government has included S&T in its five-year National Economic and Social Development plans since the beginning of the 1980s. In the beginning, S&T was still seen as different from economic development (Intarakumnerd et al 2002). The latest of these Plans is the 11th, running from 2012-2016 (Thailand: The eleventh National Economic and Social Development Plan). It sets the goal of a GERD/GDP ratio of 1% with 70% of the funds coming from the private sector. The plan focuses on creating a knowledge economy and sustainable society, prominently featuring research, innovation and creativity as drivers of the aspired development path.

The Master Plan picks up the goals defined in the Economic and Social Development Plan and foresees, among other things, increasing the ratio of GERD to GDP to 1% (by 2016) and, ultimately, 2% (in 2021). In parallel, the number of R&D personnel (full-time equivalents) should be raised to 15:10,000 (working people) by 2016 and finally 25:10,000 by 2021. Complementary to the 11th National Economic and Social Development Plan and the long-term perspective of the STI Policy and Master Plan, the National Research Council has developed a National Research Policy and Strategy Plan (2012-2016). This plan defines strategies and guidelines for publicly funded research and is the eighth version of its kind.

Common to all these strategies is the aim of creating an innovation system based on industrial research clusters. Just as clusters of support industries were developed to cater to major export sectors, the aim here is to promote associated R&D clusters to contribute to innovation. Another common feature in the R&D support is to create a favourable business environment and to encourage corporate R&D by offering, for example, tax deductions and benefits for companies.

The tax incentives have recently been increased to 300% of R&D and also innovation expenditure in businesses. This is a measure that also relates to the recommendations in a review of the Thai STI system and policies by UNCTAD (finalised in 2015). Other already implemented initiatives that have been mentioned in relation to this review are: an industrial technology assistance programme for SMEs, an innovation coupon scheme, a talent mobility programme, regional science parks, technology action plans for climate change, a policy and management programme for policy makers. The following initiatives are under way include: a new STI Law, Special Innovation Zones, STI Advisory Committee for the Prime Minister, a vocational education reform.

Beyond these broad research and higher education policies, there are sector-specific policies in certain areas. For the information and communication technologies (ICT), for instance, there are five-year ICT Master Plans (2014-2018) building on 10-year policy frameworks (e.g. IT2010 for the 2000-2010 time window). In the area of health, the respective agencies (NRCT, Ministry of Public Health, Health Systems Research Institute, Thai Health Research Institute and Ananthamahidol Foundation) work on the basis of the Thai National Health Plan (a sub-plan of the Economic and Social Development Plan).

In the area of private sector investment in R&D (and other areas), the Board of Investment recently announced its new 5-year Investment Promotion Strategy (2013-2017), which will focus on environmental friendly and sustainable growth as well as on R&D and “industries of the future” (like the creative industry, alternative energy and green industries).

Thailand’s innovation efforts and policies are situated in the political system of a constitutional monarchy with a strong role for the government. Policy making in innovation is also largely a matter of government. The government gets inputs for its science, technology and innovation policies from a number of advisory bodies and organisations responding to the Ministry of Science and Technology (MOST) or directly to the Prime Minister:

The National Research Council of Thailand is the organisation primarily responsible for formulation and implementation of the R&D policy. It is chaired by the Prime Minister and provides academic advice to the cabinet, formulates national research policies and strategies, and allocates R&D funding mostly to universities and research institutes.

The Thailand Research Fund is the second major R&D funding institution in Thailand. It gives research grants on a competitive basis and does not conduct research itself.

This is a major difference to the National Science and Technology Development Agency (NSTDA), which is a funding body (also supporting university research on a competitive basis) and the major public research organisation. It is one of the agencies under MOST. Other MOST agencies include policy-making and advisory institutions (the STI Policy office), funding agencies (National Innovation Agency), public research performing organisations (the Thailand Institute of Scientific and Technological Research, National Astronomical Research Institute etc) and intermediaries like the Thailand Centre of Excellence for Life Sciences.

Specialised agencies under MOST operate in parallel with sector bodies such as the Agricultural Research Development Organisation, the Health Systems Research Institute, the National Health Security Office, the Health Promotion Foundation and the Office of the Higher Education Commission. MOST, which coordinates the research agenda, has emerged as the focal point. However, as in other countries in Southeast Asia, also the so-called “line ministries” (especially the Ministry of Health and the Ministry of Agriculture) have their own research budgets and use it to finance research in labs pertaining to the ministry and to offer research funding programmes for universities and other public research labs.

The National STI Policy Office is an autonomous public agency under MOST and acts as the secretariat of the National Science, Technology and Innovation Policy Committee, chaired by the Prime Minister. The STI office is in charge of formulating national policies and plans on science, technology and innovation. It also monitors and evaluates the implementation of such policies and plans. Recently, in the process of carrying out the STI Policy and Master Plan, the STI Policy Office has also been made responsible for novel programmes and financing schemes, partly turning it into a funding agency.

The National Science Technology and Development Agency, also operating under MOST, has overlapping and sometimes conflicting technical and funding responsibilities with the National Research Council and the Thailand Research Fund. Putting R&D and technology transfer upfront, NSTDA promotes investment through public-private partnerships and also supports SMEs in regard of their technology-demand. The National Innovation Agency (NIA) matches investors with near market technologies, focusing on commercialising of research discoveries.